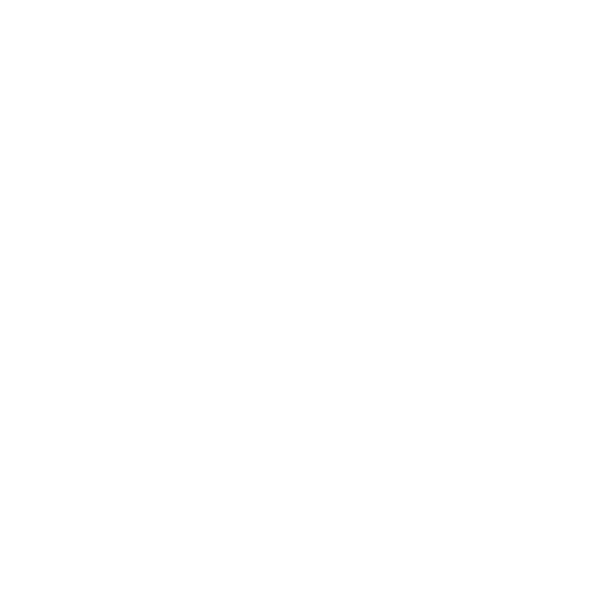 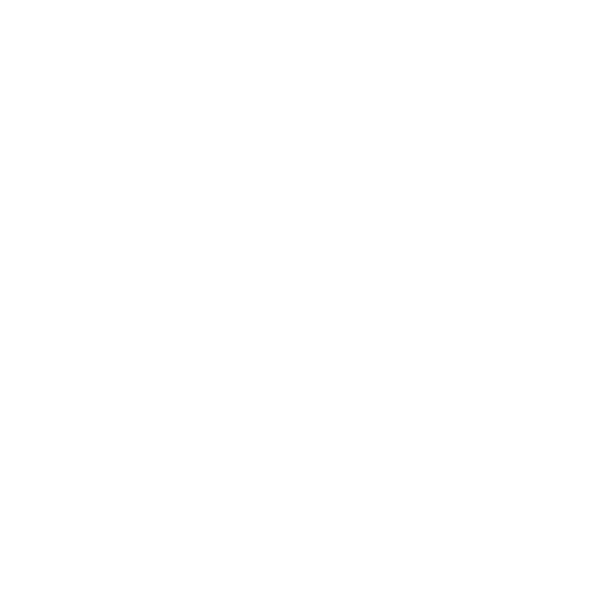 KNOW YOU'RE
DOING IT RIGHT 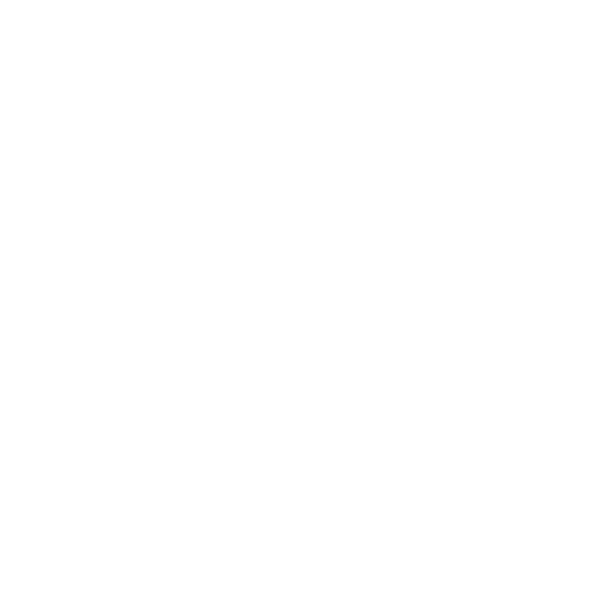 Your Mentors At Infinite Wealth Trading 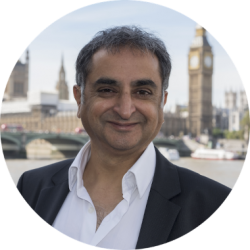 Andrew Pancholi is one of the world’s leading experts on cycles. Specialising in how markets and news events repeat, he is a co-author of the Number 1 best selling book “Zero Hour” and a member of the board of the highly prestigious Foundation For The Study of Cycles.

Continue Reading...
He writes the highly acclaimed “Market Timing Report” and is a portfolio manager with an award winning fund.
Andrew is the mastermind behind the proprietary Cycles Analysis system that identifies turning points in markets, days, weeks, months, and even years ahead of when they occur. Not only is he renowned for his expertise in financial cycles, his operation forecasts cyclical geopolitical events.
Back in April 2014, Andrew flew across the Atlantic to brief a major US economist and advisor about the imminent collapse of the euro. He gave not only the exact dates but the price the euro would reach, to within a handful of ticks. This meeting lead to The Market Timing Report becoming available to members of the public.
This kind of down-to-the-day forecasting is common practice for Andrew, who accurately timed the collapse of oil and the financial challenges the UK faced six months before Brexit. He also called the commodity bull markets in 2008 and 2010. These are just a few of his many calls.
Andrew’s clients have a significant edge with the information he provides. They are able to enter and exit positions with accurate timing, as well as profit from what the public call “Black Swan” events.
All of the output is derived from the proprietary software system that he has developed over many, many years.
Andrew consults to banks and institutions including some of the largest operations in the world. He is renowned for his expertise in cycles, not only in markets but also in Geopolitical events.
In 2015 he was invited by NYU London to present a TED X talk on recurring cycles not only in history and stock markets but also in personal lives.
In October 2016 Andrew spoke alongside Harry Dent, and names such as Lacey Hunt and George Gilder at the Irrational Economics Summit in Palm Beach.
In January 2017 Andrew was the subject of an in depth video, primarily for professional portfolio managers, with Real Vision Television, covering the cycles coming into play in 2017 and how they impact equity, commodity and currency markets.
In October 2017 he spoke at the Irrational Economics Summit in Nashville. One of the any clear predictions he made for 2018 was the financial collapse of Turkey.
He is a regular contributor to Traders World Magazine.
Several ‘A List’ celebrities from the film, television and various arts consult with him on the mathematics of ‘Life Cycles’.
His background includes an extensive study in the works of legendary trader W D Gann, Edward Dewey, Elliott Wave and many other cycles related subjects. A longstanding friendship developed with Nikki Jones and her family. They are the owners and custodians of the Gann material and he assisted them in verifying and cataloging the collection.
He worked with Peter Pich of Gannsoft in the 1990s developing the Ganntrader Software which, at the time was one of the most sophisticated forecasting programs available. He has spoken at seminars on Gann trading with Lambert Gann Educators across the USA and in the UK.
He also speaks about peak performance in trading.
Andrew is also a Senior Training and Standardisation Captain flying wide bodied jets. His duties have included flying Heads of State and Royalty around the world. He has taken the rigorous safety disciplines used in flying aircraft and applied them to trading and risk. He is a Fellow of The Royal Aeronautical Society.
As well as looking at markets, his team have made major advances earthquake prediction and long range meteorology or weather forecasting.
Andrew Pancholi is a General Partner and Portfolio Manager at an award winning US Hedge Fund(which was awarded the 2016 Systematic Value Fund of the Year).
He has consulted to several globally known institutions and banks some with assets in the 10s and 100s of billions.
Born in Irvine, Scotland and having lived in Liverpool and Leeds and obtained a BSc(Econ) Honours degree from The University of Hull, he now lives in Surrey just outside London.
Andrew’s 30 plus years of trading knowledge and system is now the foundation of the Infinite Wealth Trading War Room. 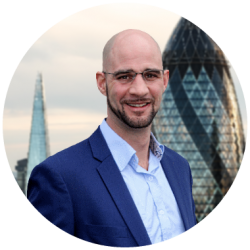 Dale is a successful entrepreneur, trader, and mentor. Currently he specialises himself in the field of Personal Development and the deliberate cultivation of a healthy mind-set in trading.

He has a firm belief that the only way forward is to self-develop and personally grow. His never-ending pursuit of inner growth has taken him across the planet where he learned from many of the greatest mind & wealth teachers alive today including T. Harv. Eker, Adam Markel, Blair Singer, Anastasia Hatzivasilou, John Rankins, Frank Kern, and Dr. Joe Dispenza.

Along with his affection for trading the financial markets, his passion has always been teaching and helping people to align with their highest dreams. It was out of this desire to merge the two together that Infinite Wealth Trading was born.

Dale’s a true people person and is very passionate about his students’ success. His unique personality shines through everything he does and inspires everyone around him.

Dale is sharing his extensive trading and mind-set knowledge in How to Make Money Trading Even if You’ve Never Traded Before, The Clarity Code, or Accelerate Your Trading.

He is also a qualified FA level 2 coach – Manager and Training of a local under 10 football team.
Chairman of Darnhill and Heywood Boxing Club – After achieving regional Champion status and numerous other successes, as a member of the club as well as receiving support from the coaches and trainers, he decided he wanted to give something back to the local Community. He is currently Chairing the Community into raising funds to re-build the club after a devastating fire.
He also owns and runs Hollan Deer Farm and he is a member of the British Deer Farms and Parks Association. 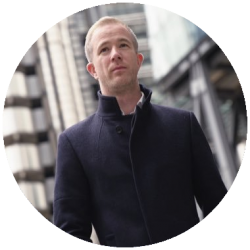 Raymond Gilmour is a results-driven trading mentor with vast expertise in financial management and training both new and experienced traders to their trading success.

He is a talented trading mentor with an admirable experience in managing profitable trades in the financial market, utilising Commitments of Traders and Seasonality analysis.

As a trading mentor, he likes to inspire, give confidence and invest time with people who want to learn the technical concepts of trading with the sole aim of helping them become successful and profitable traders at whatever level they aspire to.

Are you interested in a free consultation? Let’s arrange a call. 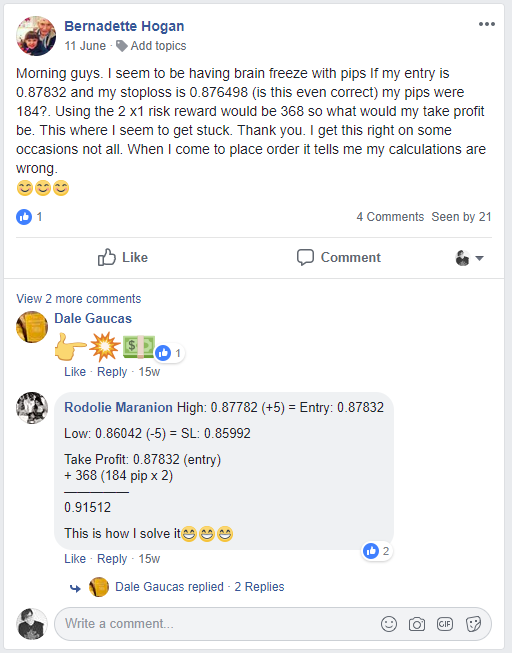 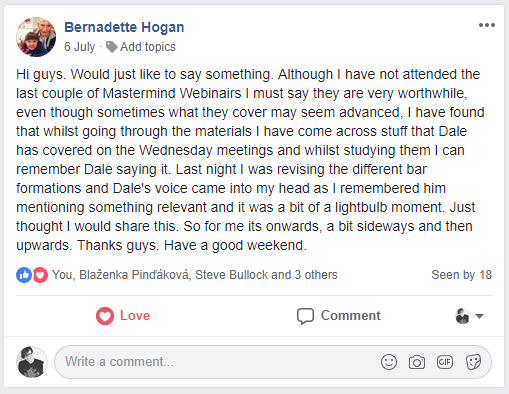 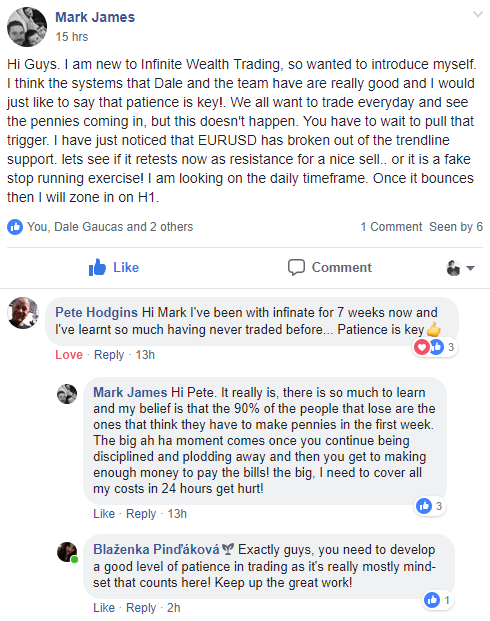 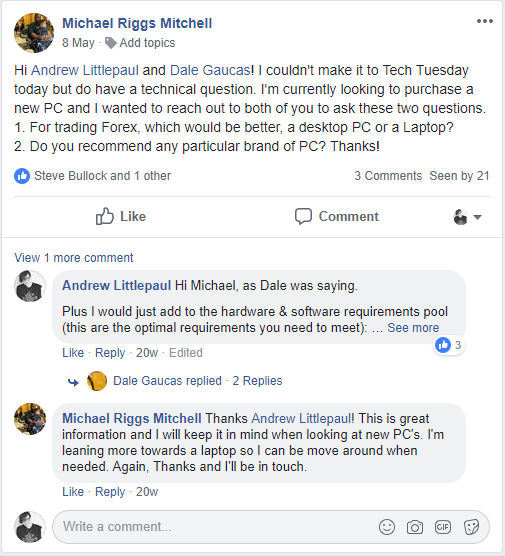 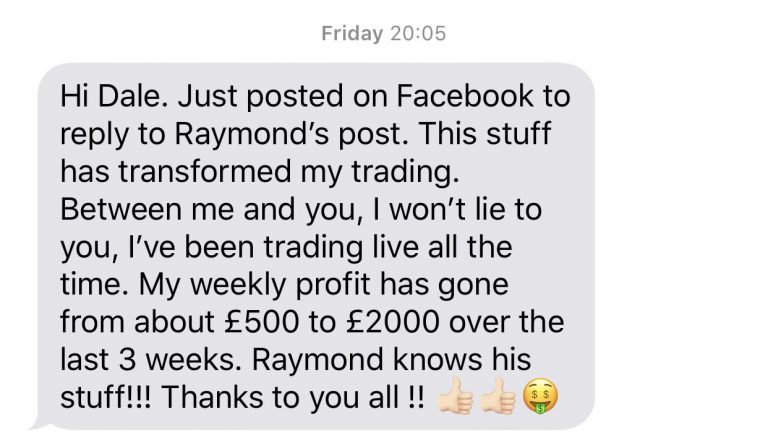 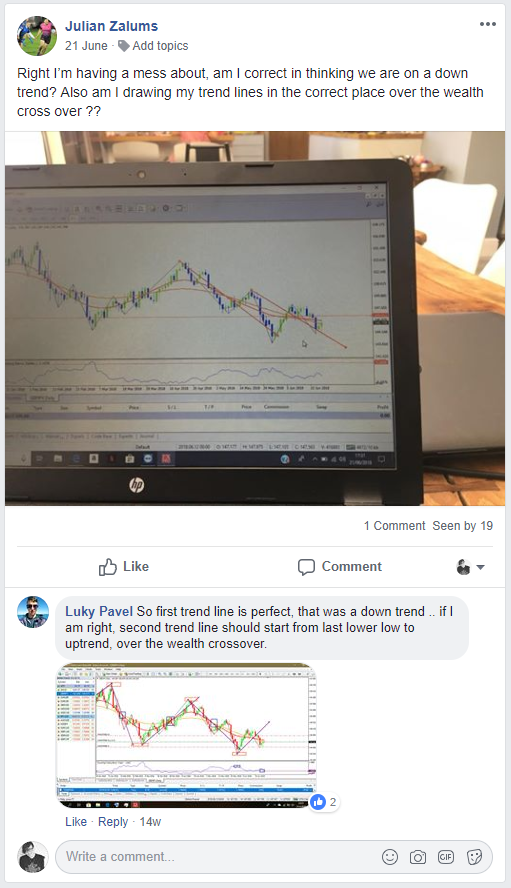 Our top traders use the same institutional grade indicators and tools that the investment banks do, and have been trading successfully for 30 years.

Hundreds of traders have learned from us how to turn the markets into reliable streams of income. We have even helped traders quadruple their returns within months!

Are you getting these results in your trades? If not, get our course, get on the phone with us, and start trading to win.

We know how hard it is to get in and out of trades with consistent profits, and have trained many people to do just that. When you use the right method, when you get the right mentors, you turn trading into a reliable income and get the time and financial freedom you are looking for.

Infinite Wealth Trading was started by Dale Gaucas and Andrew Pancholi, who is the creator of Market Timing Reports and a foremost expert on Commodity and Stock Cycles Forecasting. Combined they have 58 years experience trading profitably on the markets, and have distilled out a method they want to share with the right people looking to make it on the markets.

Dale has guided hundreds of people with every kind of background to master the markets and begin to live their dreams. Traders following his path are generating 4% to 8% monthly returns, month in and month out. They have gained a new mindset and the habit of getting wealth.

In Infinite Wealth Trading’s course, you will: 1. Learn a proven formula that is used by institutional investors. You will completely understand the fundamentals and technicals needed to navigate and profit consistently from your trades. 2. See how this formula is used by the best traders to reduce risk. 3. Apply these methods at your own pace, first with a no-risk demo account, then go live with confidence. Infinite Wealth Trading will help you make Trading a preferred source of income for your life.

Trading is clouded with confusion, and most people don’t understand the simplicity that lies within it. If you don’t have the right mindset, mentors, and tools, then you will waste far too much time and money trying to make successful trades. Register for Infinite Wealth Trading’s course and spend 4 months with Dale and his team. Why? Because you won’t make it trading the markets on your own.

Meet Some Of Our Most Successful Clients 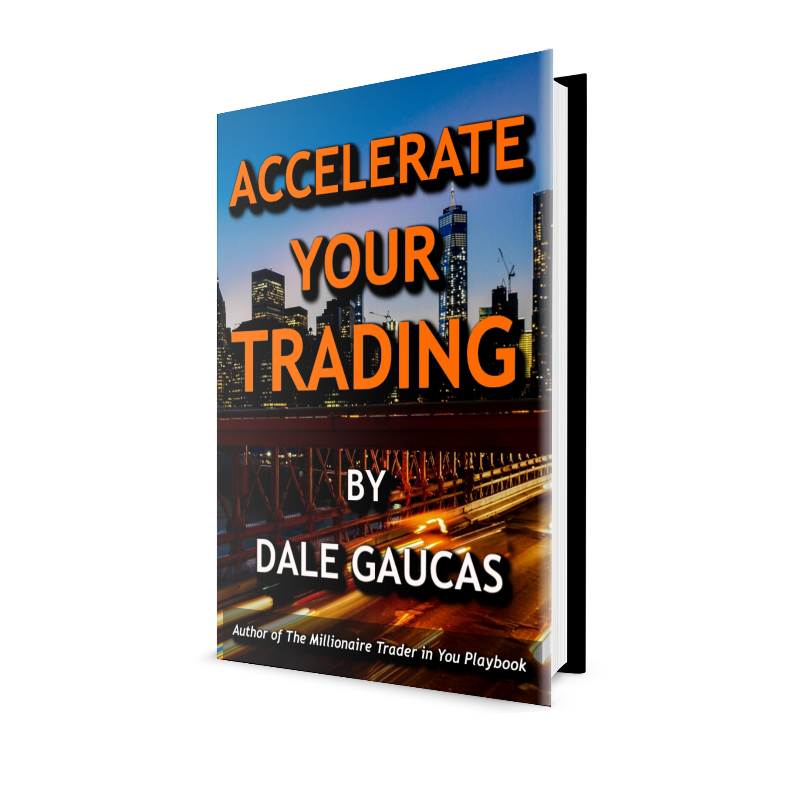 Wondering how people succeed in trading? Discover 5 Ways How To Accelerate Your Forex with 28 insights into the mindsets of the most successful traders! Get this free eBook and never miss another great trading opportunity.
Holler Box
We use cookies to ensure that we give you the best experience on our website. If you continue to use this site we will assume that you are happy with it.Accept