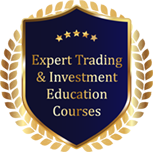 What I Learned in Thailand

This is a true story of what I learned in Thailand. I’m just here on a holiday and wanted to check in with you. It’s been a while! This morning I was up at 6 o’clock, meditating by the ocean. Anyway, I’ve just been down here at the beach for two hours. I woke up from my meditation, funny enough, to see an analogy here. There are a few people enjoying themselves on the beach and there’s this young lad fishing. He has nothing with him but one net with about 15 fish in it.

He’s just put them in a bucket and walked back to a big rock in the ocean, had a look from there, returned back to the beach and stood back here. He’s probably waiting for some fish to come together now.

He has just one thing with him – his fishing net. Here in Thailand, he doesn’t need a million things like we usually do in the UK/USA. We like to use rods, baits… a thousand different pieces of equipment. He probably has two great tools. One is the net and the next is patience just to stand there and know when’s the time to go in with the net.

Get Out of Your Own Way

If it would have been me fishing, I would be just jumping there with the net and I’d probably get tangled up too. But he’s just standing there and waiting. Bringing it back around, I suppose that’s what meditation is really about; having the patience to sit with yourself and “get out of your own way”. Learning to stay with you and manifesting the things you want in life. And listen, these things don’t just appear out of nowhere. That’s why I would advise anyone to concentrate on the things they want the most so they can manifest them.

Whatever it is, I would suggest that you put your thoughts in that direction, as opposed to thinking about the things you DON’T want. I know I did that for numerous years and a lot of people that I know have done so too. They kind of lived in the feeling of stress, lack, competition, scarcity, and they focused on the things that they didn’t have as opposed to living in joy and creation.

So the gold of it all is to live in creation. Just ask yourself: “What are the moves I need to do to get what I want? What are the steps I’ll take to achieve the things I want to achieve? What kind of people can I get around to get where I want to?”

Now have a look at some of the things you’re doing on a daily basis. If they are the kind of things that will get you where you want to get to, that’s great. You can just chill out and forget what other people are saying. But if they’re not, you need to make a few changes.

The Laws of Association and Repetition

The way you learn is the law of association – you are associating yourself with other people. Once something they’re saying or doing starts to resonate with you, it’s a clue for you that it’s time to do more with them and listen to them more. Get really embedded by what they’re saying. The next goal is the law of repetition, which is how we remember and go back over the work we’ve been doing.

So it doesn’t really matter what it is you’re looking to get into. Just know whether what you’re doing at the moment is efficient. Is it what you want to do for the rest of your life? Is it at least what you want to do for the next ten or fifteen years? Or are you currently in a transitional stage? Once you know what stage you’re in, you can move towards it and put some system in place.

“If I’m going to do this, what obstacles am I going to come up against?” List the obstacles down and next to them and come up with individual strategies of how to overcome them. If it’s too difficult and you have about ten or fifteen objections or you’re struggling to find the strategies for them, my suggestion would be to completely drop the idea. Then come up with a new idea. Your brain can invent six ideas a minute! It’s just on you to decide for them.

So once you have picked that idea you’d like to move upon, repeat the process. List the objections of you trying to succeed with that idea, list the strategies of how you’ll deal with them, and then once you’ve got them, say “Right, this is what I’m going to do going forward”. So now you know how to overcome your obstacles. Then what I suggest you to do is list out the steps you’re going to take to achieve your goals over the next 30, 60 and 90 days.

Get around people that make you feel good, that are filling you with confidence, and that are optimistic. Also, stay away from people that are pessimistic, will speak to you about lack, and act judgemental. Simply get away from all that negative stuff.

The one thing that people don’t want to do, and it is really simple, is to work on themselves. What I’m saying is just do the work. Find someone you know that is truly good at what you want to achieve, follow them, and do your own work. Put the commitment in and you’ll succeed at it. This fisherman is still stood there and he’s doing the work. Be it at a glorious early Sunday morning, he’s still stood there on the rock with his net, patiently waiting for the right time.

The fisherman’s already put the time in. He’s got the skill-set now. There’s always the right time for us. It might be in the next 30 seconds and it might be in the next 30 minutes when he gets his fish. It doesn’t matter whether we live in a western world or not. The people here in Thailand are super happy, super content. If Thailand represents one of the countries of what they call “third world living”, the fisherman seems to be content there.

In the western world, we like to plan and predict EVERYTHING. What time are we going to start and finish work? What time are we going to get home? We always do that just to keep us safe, unlike this boy fishing by the beach in Thailand. When he catches his 20 fish or whatever he needs today, he is finished for the day. He won’t try to clock in and clock out. His only objections are time and patience. What’s the strategy for that? To stand on a rock and wait for the right time to come. We all need to be a bit like him: just do the work and put the drive in.

Menu
We use cookies to ensure that we give you the best experience on our website. If you continue to use this site we will assume that you are happy with it.Accept